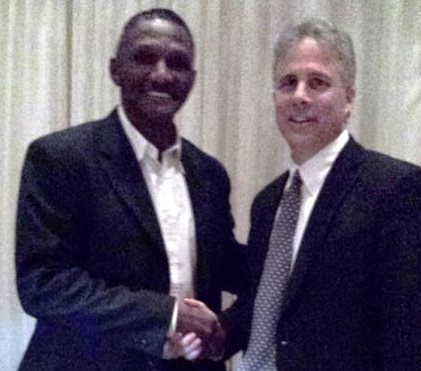 The Foundation runs programs for urban kids to play sports while studying reading and math. Its chairman is Dr. James Andrews, most famous for rebuilding the arms and shoulders of ballplayers, and its president is David Osinski, who tirelessly gives his retirement years to young people. At the Foundation’s Annual Lead Off Dinner (and auction) at The Club in Birmingham on Feb. 5, Jack Darnall of Brasfield & Gorrie gave a presentation about the plans for the new stadium of the Atlanta Braves in Cobb County.

Rocker has mellowed a bit at 40, has an autobiography called Scars and Stripes, and works with the charity Save Homeless Veterans. Nixon still has the energy and joy that made him fun to watch over his sixteen-year major league career with nine teams. He is candid about his struggles with drugs but prefers to tell funny stories about duels with pitchers, hits, and misse

Why Choose James B. Griffin?